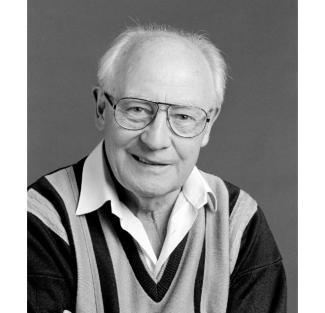 Judge, Michael (1921–2015), writer and teacher, was born on 26 July 1921, one of eight children of Michael Judge, a builder, and his wife Elizabeth (née Smith) at the family home at 189 Clonliffe Road, Drumcondra, Dublin. He was educated at the Irish-language school Coláiste Mhuire on Parnell Square and then University College Dublin (UCD), graduating Bachelor of Commerce (B.Comm.) (1947) and subsequently earning a Higher Diploma in Education (H. Dip.Ed.)

Judge began teaching English, music and art at Coláiste Mhuire in the late 1940s, becoming vice principal in the 1950s. Known at the school by his Irish name Micheál Mac an Breithiúin, or affectionately as ‘Micky Judge’ or ‘Judgie’ by the students, he worked at Coláiste Mhuire until his retirement in 1981 aged sixty. He was much-loved by his students, many of whom benefitted from his teaching the curriculum as swiftly and efficiently as possible to allow time for them to explore the works of art of greatest interest to them. Judge pursued his own extra-curricular artistic interests too. His first short story was published in Circle magazine in 1945, followed by many others including ‘Last of the line’ and ‘Don’t ever talk to clocks’, which were produced for Radio Éireann in 1949 and 1951 respectively.

He married Elizabeth (Lil) Cahill in June 1952 and had four daughters and one son. The family lived at Redesdale Road, Mount Merrion, in south Dublin. During the 1960s Judge’s writing career began to take off with commissions for radio plays coming from the BBC and RTÉ. His first radio play for the BBC, ‘The robbers passing by’, was broadcast in 1963 and he would write seven more for the corporation, with his last ‘The anniversary waltz’ airing in 1987. On stage, his 1966 play ‘Death is for heroes’ was the first new work to be performed at the newly built Abbey Theatre in Dublin, though it ran for just twelve performances. With five children to support, Judge had to pursue his teaching and writing careers concurrently, often working from 6.30 a.m. to midnight on weekdays. In a later interview he said that he lacked the ‘courage’ to try to work full-time as a writer and that ‘Writing put a bit of jam on the bread, but the day job was the bread and butter’ (Irish Times, 13 July 2004).

In addition to writing some twenty-one radio, fourteen television and nine stage plays (the latter produced by the Abbey, Eblana and John Player theatres among others), Judge was recruited to the writing teams of RTÉ’s flagship serial dramas Tolka Row (1964–8) and The Riordans (1965–79), working alongside the similarly prolific Wesley Burrowes (qv), as well as contributing to the beloved children’s series Wanderly wagon (1967–82). When he retired from teaching in 1981, Judge’s workload only increased as he became the lead writer on the daily RTÉ radio serial Harbour Hotel (1975–90); he also wrote scripts for the weekly television drama Glenroe in the 1980s and 1990s, again working with Burrowes. Judge wrote an Irish language entry for the national song contest in 1970, the year that ‘All kinds of everything’ was selected for, and went on to win, the Eurovision Song Contest.

A champion for new Irish writing, as a founder-member and sometime chair of the Society of Irish Playwrights (established 1969), Judge advocated for writers in the media and to government bodies, judged competitions and taught on many writing courses. He was also a founder-member of the Irish Writers’ Centre (1991) and a board member of the European Writers’ Congress. In 2004 Judge published his first novel Vintage red at the age of eighty-three. His second From the left hand, a murder mystery, followed in 2005. On 20 May 2015 Judge was honoured with a ‘Zebbie’ award for services to the writer by the Writers’ Guild of Ireland.

Michael Judge lived at Oakfield Nursing Home, Courtown, Co. Wexford, prior to his death on 7 August 2015 at Wexford General Hospital aged ninety-four. His funeral was held on 10 August at Mount Jerome cemetery in Dublin, followed by cremation.