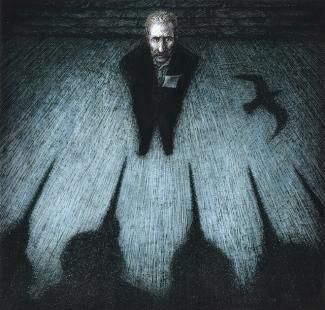 MacBride, John (1865–1916), officer in the Boer army and republican, was born 7 May 1865 at Westport, Co. Mayo, the youngest of the five sons of Patrick MacBride and his wife, Honoria (née Gill), shopkeepers in the town. MacBride was educated at the Christian Brothers' School in Westport and at St Malachy's College, Belfast. A small, wiry, red-headed man, with grey eyes and a long nose, ‘Foxy Jack’ MacBride worked as a young man in a draper's shop in Castlerea, Co, Roscommon; he also involved himself in the Gaelic Athletic Association (GAA) and the Irish Republican Brotherhood (IRB) in Mayo. When he moved to Dublin, to work in Moore's wholesale chemist business in Yarnhall Street, MacBride joined the advanced nationalist splinter group the Irish National Association, which he represented at an Irish republican convention in Chicago in 1895. The following year, possibly for health reasons, he emigrated to the Transvaal republic, where he worked on block B of the Langlaagte goldmine outside Johannesburg. MacBride became leader of the pro-Kruger-government Irish uitlanders, which soon included Arthur Griffith (qv), and which organised a ’98 centenary commemoration in Johannesburg that rivalled that held in Dublin, and clearly demarcated the Irish as the ‘odd man out’ in uitlander society. Eighty years later, there were reports that at about this time MacBride and a woman of mixed race had a son together.

With the outbreak of the South African war in October 1899 MacBride organised an Irish commando, or Irish Transvaal brigade, of about 300 men to fight on the Boer side. Nominating as commander John Blake (1856–1907), an Irish American and former US cavalry officer, MacBride accepted the role of second in command with the rank of major. He became a naturalised citizen of the republic and was made a justice of the peace. A good soldier and leader in the field, and fervently loyal to what in Ireland was called ‘MacBride's brigade’, MacBride, usually on his horse Fenian Boy, fought with his unit in Natal. For four months he guarded a ‘long tom’ Creusot siege gun on Pepworth Hill outside Ladysmith, and he fought in the battles of Talana Hill, Colenso and Tugela Heights. In his absence he was nominated to stand in February 1900 as an independent nationalist in the South Mayo by-election, following the resignation of Michael Davitt (qv), but he lost to the Irish parliamentary party candidate by 427 votes to 2,401.

In May 1900 the Irish commando was in the rearguard of the Boer retreat through the Orange Free State republic. MacBride's unit was one of the last of the republican forces to leave Johannesburg in front of the occupying British army. Deserted by Blake, MacBride commanded what was left of the unit from 7 June 1900, as it retreated across the eastern Transvaal, and he was still in command when the Irish commando disbanded and its surviving members crossed into Portuguese Mozambique at Komatipoort on 23 September 1900.

MacBride then travelled to Paris, and became involved with a small group of Irish nationalist expatriates dominated by Maud Gonne (qv). At the suggestion of Arthur Griffith, at the end of 1900 MacBride went on an extended lecture tour of the United States; for part of this he was joined by Gonne. After returning to Paris, MacBride became a paid runner for the journalist Victor Collins. Despite advice from his friends, and probably dragooned into it by Maud Gonne herself, he married her on 21 February 1903 at the church of Saint-Honoré d'Eylau in Place Victor Hugo; she later said she thought she was marrying Ireland. The following year a son, Seán (qv), was born. Beset by sharp differences in temperament and social status, the marriage was a failure and, amid bitter recriminations and accusations by Gonne of cruelty, infidelity, child molestation and drunkenness, a separation was granted by a French court in 1906.

MacBride returned to Ireland, uninterrupted by the police. He was now a sad figure, respected for his war effort, but his reputation was tarnished by the break-up of his marriage. Treated with caution by advanced nationalists because of his heavy drinking, he was however a close friend of the republican Fred Allan (qv) (in whose house he lived for a while) and was elected to the supreme council of the IRB in 1911. He occasionally made speeches, and wrote a series of good articles on his wartime experiences for the Freeman's Journal. But the reality was that, even after he got a permanent job in 1910 as water bailiff in the port of Dublin, MacBride was regarded as unreliable and was politically marginalised by advanced nationalists; in the latter part of 1911 he was replaced on the IRB supreme council by Seán Mac Diarmada (qv).

The 1916 rising in Dublin came as a surprise to MacBride. Stumbling on it by accident, he fell in with the 2nd battalion of Thomas MacDonagh (qv), which occupied Jacob's factory. To MacDonagh's credit, he appointed MacBride his second in command. By all accounts MacBride (dressed in civilian clothes throughout) fought well and generally showed more initiative and decisiveness than his commanding officer. Before surrendering on 30 April he encouraged the men under his command to escape and take up the fight again at a later date, but never again to allow themselves to be cooped up in a building. He himself made no effort to escape or to disguise his identity. He was court-martialled on 4 May and condemned to death. General Blackader, who presided over the courts martial, described him as a ‘brave man’ and the ‘most soldierly’ of the defendants (O'Broin, 26–7). MacBride was shot by firing squad in Kilmainham jail at 3.47am on 5 May 1916. Immortalised by his enemy W. B. Yeats (qv) as ‘a drunken, vainglorious lout’ (‘Easter 1916’), nonetheless MacBride, conventional and limited though he may have been, was a dedicated soldier and nationalist who, as Yeats in his poem ultimately concedes, achieved martyrdom status in the pantheon of Irish republicanism.