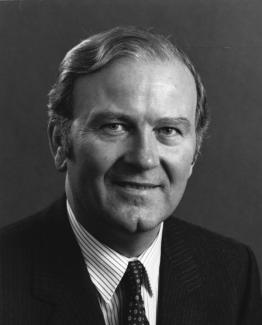 Nicholson, Ernest Wilson (1938–2013), biblical scholar, was born on 26 September 1938 in Portadown, Co. Armagh, the youngest of three children of Ernest Tedford Nicholson, a soldier and baker, and Veronica Muriel Nicholson. After attending Hart Memorial Primary School in Portadown, he failed his ‘eleven plus’ exam and went to Portadown Technical College (1951–3). Mentored by the local Church of Ireland curate, who through the Boys’ Brigade recognised Nicholson’s intellectual potential and nurtured his spiritual vocation, he transferred to the local grammar school, Portadown College (1953–6). He caught up rapidly, taking external classes in French and Latin, and won a prize in history for his senior examination result. There he met Hazel Jackson, who assisted his Latin studies; they later married on 5 April 1962 at St Mark’s Church, Portadown.

Intending to become an Anglican priest, he won a scholarship to attend TCD (1956–60), where he studied Hebrew and other Semitic languages such as Arabic, Aramaic and Syriac; he also took courses in biblical archaeology. His study of medieval Hebrew with Dublin barrister Joshua Baker (1909–79) in these years led to the publication of The commentary of Rabbi David Kimchi on Psalms CXX–CL (1973). A foundation scholar (1959), Nicholson took a first in his moderatorship (BA) and won a scholarship to Glasgow University, where his doctoral studies drew heavily on its extensive collection of German biblical materials. He learned Akkadian (an extinct East Semitic language spoken in ancient Mesopotamia), and his extensive knowledge of Semitic languages was drawn on by the ‘New English Bible’ project to examine Hebrew words in the context of cognate languages. While continuing his doctoral work, Nicholson returned to TCD as a lecturer in Semitic languages (1962–7). He published notable articles in Vestus Testamentum (1963) and the Journal of Semitic Studies (1965) that emanated from his 1964 doctoral thesis ‘Literary and historical problems in the Book of Deuteronomy’, which examined the provenance of Deuteronomy and the chronology of its composition; this was revised for publication as Deuteronomy and tradition (1967). Nicholson argued that Deuteronomy was produced by prophetic circles in the northern kingdom of Israel and not, as asserted by then dominant scholarship, by Levitical circles. Based on his deep reading of German scholarship – then little engaged with by biblical studies in Britain and Ireland – Nicholson became a guide to that dominant critical school for Anglophone scholars. Deuteronomy and tradition generated interest from German scholars and became the standard work on the fifth book of the Bible.

In 1967 Nicholson was unexpectedly appointed to a lectureship in divinity at Cambridge University (a post he had neither known about, nor applied for (Wolfson College Review, 76)) and became the first Leverhulme visiting research fellow to University College (later Wolfson College). After training at Westcott House, Cambridge, he was ordained a deacon in the Church of England at Ely Cathedral in 1969. He moved to Pembroke College as fellow and chaplain (1969–79) and became dean of chapel there in 1973. Lecturing primarily on the historical context of the bible, he published papers on the covenant traditions in the Old Testament. In Preaching to the exiles: a study of the prose tradition in the book of Jeremiah (1970) he deployed historical critical tools developed by Germanic biblical scholarship and identified affinities in the prose passages of Jeremiah with Deuteronomy. His Exodus and Sinai in history and tradition (1973) built on many of his research articles to assess the argument that the accounts of ‘Exodus’ from Egypt and the Israelites receiving the word or God at Mount Sinai were experienced by two distinct groups of people. Predominant biblical criticism held they were separate events, married together by later narrators, but Nicholson rejected this finding, offering a more nuanced account that contributed to the reappraisal of the origins of biblical traditions. Three articles published in Vestus Testatum (1974–6) examine facets of Exodus in considerable detail, and ‘constitute virtually a separate monograph on the subject’ (Emerton, xxv).

In 1978 Nicholson was awarded a DD by Cambridge University. The following year, aged forty, he was appointed Oriel professor of the interpretation of the holy scripture at Oxford University (1979–90) and fellow of Oriel College, which led to his being made an honorary fellow by TCD. His God and his people: covenant and theology in the Old Testament (1986) comprehensively surveyed the covenant in the Old Testament and its study during the nineteenth and twentieth centuries. Analysing both the historical account of the covenant as presented in the Old Testament, and subsequent critical biblical scholarship, it informed his important article examining the first five books of the Old Testament, ‘Pentateuch, Pentateuchforschung’ (Evangelisches Kirchenlexikon: Internationale Theologische Enzyklopädie, iii (1992)). This provided the foundation for The Pentateuch in the twentieth century: the legacy of Julius Wellhausen (1998), which demonstrated his mastery of German and English sources alongside his deep grasp of critical theology and established him in the first rank of Old Testament scholarship. His expertise ranged across textual criticism, Semitic philology, Latin and theology in pursuit of rigorous criticism of biblical sources and produced work that acted both as an introduction to the depth and range of critical study of the Bible, and a widely respected contribution to biblical criticism in itself. His publications were marked by close attention to detail and examined the development of the Bible within the religious and linguistic traditions then prevalent. Characterising the Pentateuch as emerging from four distinct documents, Nicholson rejected assumptions that the first five books of the Bible emerged ‘as is’ from a divine source (Moses); he also discounted recent literary approaches to the study of the Old Testament.

In 1990 Queen Elizabeth II – as college visitor – invested Nicholson as the fiftieth provost of Oriel College. As at TCD and Cambridge, Nicholson was popular with students, academics and administrators. Committed to university life, pastoral care and the corporate identities of his colleges, he often recalled his own early academic failings when encouraging students. He concurrently served as pro-vice chancellor of Oxford University from 1993, retiring from both positions in 2003. A tireless fundraiser for Oriel College, he travelled extensively to meet and cajole donors, and was admired for his gift of putting people from all walks of life at ease with his humour and grace. Elected a fellow of the British Academy (1987), Nicholson edited A century of theological and religious studies in Britain (2003) to mark its centenary. Upon his sixty-fifth birthday he was presented with the festschrift, Covenant as context: essays in honour of E. W. Nicholson (2003). In 2009 he was awarded the British Academy’s Burkitt medal for biblical studies, and in 2010 was made an honorary member of the RIA. His most important late publication, Deuteronomy and the Judaean diaspora (2014), refined his earlier views on the emergence of the Deuteronomic tradition and the Babylonian exile.

Nicholson remained in Oxford after retirement, residing in Blenheim Drive. In autumn 2012 he was diagnosed with terminal liver cancer and died on 22 December 2013 at Sobell House Hospice, Headington, Oxford. His funeral on 10 January 2014 was held at his parish church, St Peter’s, Wolvercote, Oxford, where he had often preached. He was survived by his wife and three daughters, a son having predeceased him.