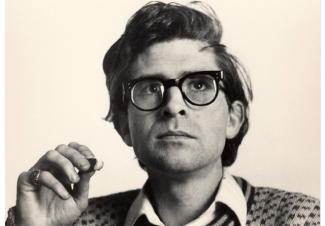 Arden, John (1930–2012), playwright and novelist, was born on 26 October 1930 in Barnsley, Yorkshire, to Charles Arden, a manager in a glass manufacturer, and Annie (‘Nancy’) Elizabeth Arden (née Layland), a primary school teacher. He was educated at the local primary school, Terringham Hall Preparatory School, York (1939–44), and Sedbergh School, Cumbria, (1944–8). At Sedbergh he won prizes for English, appeared in school plays and edited the house magazine. For his military national service, he served as a lance corporal in the Intelligence Corps at Edinburgh Castle (1948–50). In 1950 he was awarded an exhibition scholarship to study English literature at King’s College, Cambridge, but transferred to architecture and completed his studies at the Edinburgh College of Art (1953–5). Training as an architect in London in autumn 1955, he met Margaretta D’Arcy, an Irish actress and one of four daughters of Dr Maire D’Arcy (1907–96) and J. N. D’Arcy, an official in the Department of Agriculture. They married on 1 May 1957 in a London registry office, and had five sons, the first of whom died in infancy in 1958.

D’Arcy, herself an activist committed to civil liberties and women’s rights, introduced Arden to the works of Berthold Brecht, August Strindberg and Brendan Behan (qv). In 1956 his radio play ‘The Life of Man’ won a BBC new play prize. During this period he worked as a script editor for the English Stage Company, a focal point for progressive British theatre. His most notable early works were ‘Live like pigs’ (1958) and especially ‘Serjeant Musgrave’s dance’, a play that laid bare the implicit violence of colonialism. Directed by Lindsay Anderson with music provided by Dudley Moore, it premiered at the Royal Court Theatre in London on 22 October 1959 with an impressive cast that included Ian Bannen, Frank Finlay and Donal Donnelly (qv), but was largely panned by critics who took exception to its portrayal of British soldiers. Arden then collaborated with D’Arcy on ‘The happy haven’, which utilised commedia dell’arte to satirise medicine and science, and was presented at the Royal Court in 1960. Other works included ‘The workhouse donkey’, a Johnsonian comedy ridiculing municipal corruption and the provincial Labour party, produced at the 1963 Chichester Festival, and ‘Ironhand’, an adaptation of Goethe’s Götz von Berlichingen, produced in 1963 by the Royal Shakespeare Company (RSC) at the Bristol Old Vic.

In 1960 Arden was a founder of the pacifist ‘Committee of 100’; he also wrote for both Anarchy and Peace News, and was on the fringes of the Trotskyist Workers Revolutionary Party. In ‘Armstrong’s last dance’, presented in May 1964 at the Citizens Theatre, Glasgow, he examined the life of the sixteenth-century Scottish folk hero, Johnnie Armstrong, hanged by James V in 1530. His plays often feature a central character or implicated narrator who provides a focal point for historical change. Arden and D’Arcy’s collaboration, ‘The royal pardon’, a pantomime, marked their rejection of the theatrical centre-ground. During 1967 Arden was visiting lecturer at New York University’s School of Arts. To protest against the Vietnam war he and D’Arcy organised on 13 May an eleven-hour ‘war carnival’, which combined elements of a medieval passion play with a counter-culture ‘happening’. Opposition to the war helped spur a revival of ‘Serjeant Musgrave’s dance’ at the Royal Court in December 1966 and it won the Evening Standard award for best play that year. Popular in both continental Europe and British provincial theatre and a set text in English schools, the play supplemented his income in coming decades. Arden’s work appeared on radio and television, and he was frequently discussed alongside radical playwrights such as John Osborne (1929–94) and Harold Pinter (1930–2008).

In 1961 Arden and D’Arcy had bought an island in Lough Corrib where they spent their summers and in 1970 they set up home in Corrandula, Oughterard, Co. Galway. Politically, the couple were drawn to the left-wing republicanism of Official Sinn Féin and were briefly members of the party until 1972. Artistically, he and D’Arcy were inseparable through the 1970s and embraced experimental theatre as a form of activist politics. Their play, ‘The Ballygombeen bequest’ (1972), a broadside against capitalism, colonialism and the catholic church, was inspired by the contemporary eviction of a widow in Oughterard. The programme for the production at the 1972 Edinburgh Fringe festival described the eviction and listed the landlord’s name and address. In December 1977 this led to a libel action at the High Court in London which Arden lost. He was required to alter the play and pay costs, which the claimant waived due to Arden’s straitened circumstances.

‘The island of the mighty’, commissioned by the RSC, drew heavily on Irish, Welsh and Arthurian legend, but was an unhappy production. Opposed to alterations to their script (which they claimed gave it a pro-imperialist flavour) and bridling at their diminished role in rehearsals (anathema to their conception of collaborative theatre), Arden and D’Arcy picketed its opening at the Aldwych Theatre, London, in December 1972. The press revelled in ‘Marxist playwrights’ picketing their own play and, after protesting at the public dress rehearsal, the couple abandoned the production and the English stage.

Irish themes predominated in their subsequent work. The rebel, broadcast on RTÉ television in March 1973, was a drama-documentary on the life of Sean O’Casey (qv), while ‘The non-stop Connolly show’ was an ambitious cycle of six plays about James Connolly (qv). Incorporating vaudeville, agitprop, chant, folk ballads and the ITGWU brass band, the production was a significant landmark in the history of the Irish stage. It began at noon at Liberty Hall on Easter Saturday, 29 March 1975, Dublin, and continued for twenty-six hours; for a time it held the Guinness world record for the longest play ever performed. The production was funded by the ITGWU and Official Sinn Féin and involved, amongst others, Cathal Goulding (qv), Eamon Smullen, Des Geraghty, Eoghan Harris and Jim Sheridan. Arden appeared as the Scottish labour politician Keir Hardie and D’Arcy as Constance Markievicz (qv). Each of the cycle’s six plays was then performed on successive evenings the following week, before the production toured Ireland, England and Germany. Strongly influenced by C. Desmond Greaves’s (qv) The life and times of James Connolly (1972), it examined the difficulty of balancing socialist and nationalist aims, asserted the complicity of the British left in colonialism and emphasised the historical importance of women activists such as Markievicz, Nora Connolly O'Brien (qv), Maud Gonne (qv), Winifred Carney (qv) and Alice Milligan (qv).

In 1975 Arden and D’Arcy both appeared in Caoineadh Airt Uí Laoire (Lament for Arthur Leary), a pioneering bilingual film directed by Bob Quinn. Arden’s last work for the stage, ‘Vandaleur’s [sic] folly’ (1978), used the cooperative experiment (1828–33) on the estate of John Scott Vandeleur (qv) in Ralahine, Co. Clare, to denounce a range of contemporary targets. This was followed by a sequence of radio dramas for the BBC, the most critically acclaimed of which was ‘Pearl: a play about a play within the play’ (1978), set during the English revolution of the 1640s. It won a 1978 Giles Cooper award (a prize for BBC radio plays). Arden’s radio play ‘The old man sleeps alone’, fictionalising the construction of the Lady Chapel of Durham Cathedral, also won a Giles Cooper award in 1982. The last Arden and D’Arcy theatrical collaboration was the radio play ‘Whose is the kingdom?’, broadcast in nine parts (February–March 1988), which examined the early development of Christianity under Emperor Constantine. The couple’s miscellaneous work was collected in Awkward corners (1988) while Arden and D’Arcy: plays one (1991) collected plays produced by the Galway Theatre Workshop.

An incisive critic, Arden published his collected commentary and criticism in To present the pretence: essays on the theatre and its public (1977). Alongside paeans to Brecht, Federico García Lorca (1898–1936) and O’Casey, he emphasised the importance of theatrical history in his work and his preference for amateur and communal theatre over the professional stage. In the 1980s he turned to writing historical fiction. His first novel, Silence among the weapons (1983) – shortlisted for the Booker Prize – fictionalised Roman theatre and politics during the first century BCE. Books of Bale (1988) is based on the mission to Ireland in the 1550s of the English protestant dramatist and propagandist John Bale (qv), emphasising his transformation from catholic friar to protestant fanatic and placing him alongside Edmund Spenser (qv) as a colonial apologist. Cogs Tyrannic (1991) – the title drawn from a William Blake quotation – mixed history and romance to examine technology’s impact on social and political life and won the 1992 Macmillan Silver Pen award. After a heart attack in 1997, Arden scaled back his work and focused on short stories. The stealing steps (2003) collected nine short stories; one of which, ‘Breach of trust’, won the prestigious V. S. Pritchett memorial award. Gallows (2009), self-published, was a collection of twelve stories based in Ireland, London and Yorkshire. In an accompanying DVD, directed by his son Finn, Arden noted he wanted, above all else, to be known as a teller of tales rather than a playwright or a novelist.

The 1990s brought considerable critical reconsideration of Arden as both a dramatist and prose writer, and as a significant playwright, embraced by European theatre. While his early plays assess human liberty within society, avoiding moral absolutes, his later work adopts a more polemical note in pursuit of social justice. Much of his later work explored how British and Irish history intermingled through the centuries, and he acknowledged that this created unresolved tensions that strongly influenced his work. Robert Leach’s Partners in the imagination: the lives, art and struggles of John Arden and Margaretta D’Arcy (2012) sympathetically maps their shared artistic endeavour, political activism, and their commitment to experimental and communal theatre. Arden frequently emphasised the depth and the importance of their lengthy collaboration, insisting that D’Arcy’s contribution be fully recognised.

From the early 1980s the couple lived at St Bridget’s Place Lower in Galway city. Arden developed cancer in his spine in the late 1990s, and the use of a wheelchair inspired his 2013 self-produced film documentary Welcome to our world. He was made a fellow of the Royal Society of Literature in 2010 and elected to Aosdána in 2011 (D’Arcy had been a member since its creation in 1981). He died on 28 March 2012 in Galway. His funeral took place at Mount Jerome crematorium, Dublin, where President Michael D. Higgins was among the speakers. D’Arcy, as part of her ongoing protest against the US military’s use of Shannon Airport, scattered Arden’s ashes there in October 2012. In 2019 she donated their collective papers to the James Hardiman Library, NUI Galway.