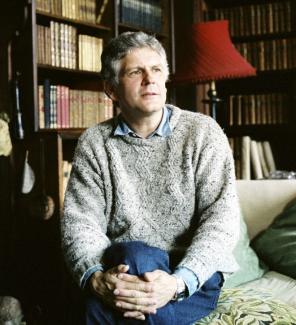 Browne (Altamont), Jeremy Ulick (1939–2014), 11th marquis of Sligo and entrepreneur, was born on 4 June 1939 in London, the only child of Dennis Browne (qv) and his wife José (qv) (née Gauche). Raised in England, Jeremy was sent at the age of eight to Ludgrove prep school, Wixenford, Wokingham, and then to St Columba’s College, Rathfarnham, Co. Dublin. Aged twelve, he assumed the courtesy title of earl of Altamont when his father succeeded to the marquisate. After two terms at the Royal Agricultural College, Cirencester, he left to join his parents at their ancestral home of Westport House, Co. Mayo. The house, designed by Richard Castle (qv) and James Wyatt (1746–1813), is one of Ireland’s grandest with an impressive setting overlooking Clew Bay.

Dennis had inherited the house and an estate of around 800 acres in 1951. As a teenager Jeremy often took holidays there and enjoyed hunting rabbits and roaming the demesne with the gamekeeper. In the late 1950s, with considerable estate taxes to be paid, his parents decided to open the house and estate to cover running costs. Jeremy led preparations and Westport House was opened to the public on 15 July 1960. He was motivated by a desire to preserve the house and its collection of art and antiques (including a suite of fourteen paintings of local vistas by James Arthur O’Connor (qv)), to create a viable family business, and to contribute to the moribund regional economy. That first summer it attracted 2,700 paying visitors.

On 27 October 1961 Jeremy married Jennifer June Lushington Cooper, the only child of Major Derek Cooper, MC, and Pamela Armstrong-Lushington-Tulloch, at St Mary’s Church, Radnage, near High Wycombe, Buckinghamshire. They had first met at a party in Delphi Lodge, Connemara, a few years previously. Basing themselves in an apartment in the south wing of Westport House, they gradually expanded the range of attractions and activities offered to the public, often after consulting fellow aristocratic owners of historic homes in the UK; tea rooms were opened early in the 1960s. An initial effort to attract US tourists yielded little interest and from the late 1960s they focused on the domestic market.

In 1964 Jeremy took Irish citizenship and was widely known as Jeremy Browne, primarily using the title ‘Lord Altamont’ to gain publicity; (he changed his name by deed poll to Jeremy Ulick Browne Altamont in 1986). He proved an adept publicist and media performer: after his first appearance on RTÉ’s Late late show in 1967 attracted visitors, he appeared on the show another thirteen times, either promoting Westport House or participating in various political and social debates. He happily engaged with any media interested in him, and often regaled the press with a yarn about hiring out the extensive farm buildings complex on the estate to the producers of the James Bond movies, to be blown up in a cinematic finale. In 1974 Browne toured the eastern USA on behalf of Bord Fáilte to promote Irish tourism, playing up his aristocratic status and title in the American media. In 1973, with Bord Fáilte support, a children’s zoo was opened in the grounds, with Teddy Fosset (qv) supplying the animals and expertise. Initially popular with visitors, it closed in 1988.

Over four decades the Brownes continued to add attractions on the estate, such as model railway, an indoor jungle world, a modern art gallery, gambling machines, a bar, a ‘chamber of horrors’, a wax works exhibition and a flume water ride. Several of these attractions were marketed as a ‘Pirate adventure park’, themed around Browne’s ancestor Grace O’Malley (qv). Browne lobbied CIÉ Tours to include Westport House on their popular coach-tour network, and also persuaded leading UK coach-tour operators to include the estate on their itineraries. His publicity-seeking and lobbying did much to raise the profile of tourism in Connacht. By the mid-1970s the estate employed forty-five staff, and often more during peak season. When in 1976 the Fine Gael–Labour coalition government considered introducing a wealth tax, Browne (who no longer lived in the house) threatened to apply for planning permission to demolish Westport House, as the only means to avoid the crippling effect of the tax.

By this time the growing popularity of foreign package holidays and the effect of the Northern Irish Troubles combined to diminish visitor numbers. To serve a growing interest in self-catering tourism, eleven houses and apartments on the estate were refurbished and a camping ground and caravan park was added. In the late 1970s fifty ‘Connemara horse caravans’ were constructed for renting to the public; they ranged across West Mayo until withdrawn in 1999. In the early 1980s Browne devised ‘Pinky the rabbit’, a human-sized mascot who ‘lived’ at Westport House, and they appeared together a few times on the RTÉ gameshow Play the game.

In 1963 Browne’s father had established a legal trust governing the house and estate, with Jeremy as life tenant, and his male heir as the sole beneficiary. In 1969 the Brownes, with their two daughters, moved to Rusheen, a house on the estate. His parents permanently moved to Surrey in 1975. On his father’s death in 1991, Jeremy became the 11th marquess of Sligo. Some years earlier, concerned that Jennifer and their daughters would be barred from inheriting the house and estate, he sought legal advice. He may also have wanted unfettered access to capital and assets held in the trust, which was inviolable under Irish law. After Browne’s solicitor suggested seeking a private members bill in the oireachtas to enable Jennifer and their five daughters to inherit, the barrister and senator Mary Robinson, among others, drafted a bill to dissolve the trust. The trustees, the Bank of Ireland, opposed the legislation and argued in the High Court in July 1990 that Browne would remain capable of fathering a son until his own death. They were also concerned that the trust’s assets, once dissolved, would be used by Browne to clear debts. The Altamont (amendment of deed of trust) bill was introduced to the seanad in November 1993 by Avril Doyle, Fine Gael TD for Wexford. Critics questioned the legislative attention being given to a family matter, especially when Browne had willingly acceded to the terms of the trust in 1963. Others asserted fundamental reform of trustee laws was more important, while supporters argued primogeniture should not trump legal gender equality. President Mary Robinson signed the bill into law 1 March 1993.

For decades Browne had been periodically selling art, antiques and antiquarian books at auction, as well as disposing of land, to cover debts. He bitterly opposed the local authority’s compulsory purchase of fourteen acres for a major sewerage works in the mid-1990s. In May 2004 he was prosecuted for animal cruelty, when a horse owned by the estate was found in an abject state. Pleading guilty, he admitted to negligence rather than overt cruelty, and the judge applied the probation act and fined him. The cost of ongoing repairs and maintenance were punitive. In 2006 the Heritage Council awarded the estate €250,000 to construct a temporary canopy to prevent ongoing extensive water damage to Westport House; €1.5 million was required fully to restore the roof. Browne borrowed over €6 million in 2006 to fund repairs and improve facilities.

By 2010 Browne had stepped back from managing the business, replaced by his eldest daughter Sheelyn. The fondness many locals had for the Browne family, and the extent to which they had integrated into the local community, stood in contrast to how several of their ancestors were regarded. Jeremy Browne’s success in retaining ownership of Westport House for half a century, during which time nearly all comparable country houses were sold off, was recognised as a considerable achievement. Westport Town Council hosted the cathaoirleach’s ball in Westport House in 2010, and Westport Golf Club bestowed Browne with honorary life membership in 2011. Browne’s brief memoir, A life at Westport House, was launched by Mary Robinson in May 2014. Diagnosed with cancer in late 2012, Jeremy Browne died at Westport House on 13 July 2014. After a private ceremony he was cremated at Mount Jerome, Dublin.

A distant cousin, Sebastian Ulick Browne, became the 12th marquis of Sligo. With debts of over €10 million, in 2017 the house and estate were sold by administrators appointed by the High Court to the Hughes family, local hoteliers and owners of the PortWest clothing company, whose ancestors had once been tenants on the estate.