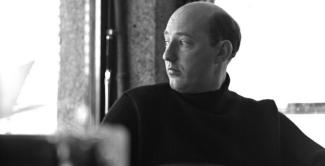 Lentin, Louis (1933–2014), theatre, film and television producer and director, was born in Limerick on 11 December 1933, the first of six children of Isaac Lentin, who owned a women’s tailoring business, and Annie Rose (Hyacinth) Lentin (née Goldberg). His parents were the children of Jewish immigrants from Lithuania who came to Ireland in the latter half of the nineteenth century to escape persecution. Lentin’s paternal grandparents, Solomon Kalman Lentin (1876–1959) and Anne (Nachama) Clein (1878–1936), and maternal grandparents, Louis J. Goldberg (1870–1932) and Rachel Sandler (1874–1958), suffered through the 1904 boycott and persecution of Jews in Limerick instigated by Redemptorist priest John Creagh (qv). His mother’s family resettled in Cork thereafter. Lentin’s maternal uncle, Gerald Goldberg (qv), was the first Jewish Lord Mayor of Cork (1977).

Louis Lentin attended a convent nursery school in Limerick and St Michael’s, a protestant primary school, on Barrington Street (Lentin and his sister, Fay, were the only Jewish children at the school). The family moved to Dublin in 1943 where Lentin attended methodist-run schools: Rathgar National School for primary and Wesley College for secondary education, and was a keen tennis player at the Jewish Maccabi Sports Club.

He went to TCD at sixteen to study medicine but found himself drawn to the Trinity Players theatre group, ultimately becoming its chair and producing and directing many plays including John Osborne’s ‘Look back in anger’, Jean Cocteau’s ‘The infernal machine’ and the Irish premiere of William Saroyan’s ‘Jim Dandy’. Much to his father’s chagrin, he did not complete his medical degree but instead went to the US on a scholarship to study directing and lighting at the Carnegie Mellon School of Drama in Pittsburgh. In May 1958 he was in charge of production for the Carnival of Nations at the Mansion House, Dublin, which included groups from Scandinavia, India, Poland, Spain and the West Indies. Then in 1959 he set up his own Art Theatre Productions company, which, among many other plays, produced the Irish premieres of Samuel Beckett’s (qv) ‘Krapp’s last tape’ and ‘Endgame’. In 1961 he staged ‘Voice of Shem’, an adaptation of James Joyce’s (qv) Finnegans wake, taking it to London and Paris.

Lentin joined Telefís Éireann in 1961, though he continued to produce and direct theatre plays. He worked first as a floor manager, then news director at Telefís Éireann before his breakthrough in 1966 as producer and director of Insurrection, a pioneering eight-part reconstruction of events of the Easter rising scripted by Hugh Leonard (qv).

He travelled to Israel in 1967, a place with which he would feel a strong life-long affinity. There he helped to develop the young state’s first television station: training directors and producers, and making a number of inaugural programmes. While in Israel he met Ronit Saltzberger, a political sociologist from Haifa, and the two married in 1969 before returning to Ireland. Ronit Lentin would go on to become associate professor of sociology at TCD. The couple had two children together, Alana (b. 1973) and Miki (b. 1975), and lived first in Rathgar and then in Rathmines.

Lentin returned to his prolific television and theatre work, directing some of the country’s most notable actors of the day in new and repertoire works by Irish and international writers. He won a Jacobs award in 1975 for the quality of his contribution to television drama in a year in which there were more home-produced plays on RTÉ than ever before. He was specifically honoured for his work on three studio plays, ‘The promise’, ‘Mother Courage’ and ‘The rehearsal’.

In a March 1978 column, Elgy Gillespie described Lentin as, ‘Obsessional about his work, he is also a perfectionist: two qualities it is always hard to like someone for’ (Irish Times, 28 Mar. 1978). Considered by some to be difficult to work with, Lentin bemoaned the limitations of RTÉ’s drama department. When he became its head later in 1978, he soon expanded its range and introduced more challenging new work through the Thursday play date and the Sunday series, showcasing works by Irish writers including Dominic Behan (qv), Eugene McCabe and Maeve Binchy (qv). He left RTÉ in 1989 to form his own independent production company, Crescendo Concepts. Among his first programmes were Personal concerns (1992), a four-part series of profiles of contemporary dramatists for RTÉ and his 1994 documentary about soprano Regina Nathan, The quality of rapture.

In February 1996, RTÉ broadcast Lentin’s ground-breaking, hour-long documentary Dear daughter. The result of two years of painstaking research, the film told the personal story of Christine Buckley (qv), a mixed-race woman who had grown up in foster homes before being placed in the St Vincent’s Industrial School, Goldenbridge, where she endured years of physical and psychological abuse at the hands of the Sisters of Mercy charged with running the orphanage. The documentary used an innovative mixture of dramatisation with actors and former residents, as well as interviews to camera, to tell Buckley’s story and highlight abuse at Goldenbridge in the 1950s and 1960s. Uncompromising and unparalleled in Irish documentary, Dear daughter made news headlines for many weeks and was recognised with international awards: winning the 1996 creative excellence award at the US International Film and Television Festival, and being nominated for a prestigious Banff Television Festival award for social and political documentary in 1997.

In December 1997 his drama-documentary No more Blooms was broadcast, addressing another of Ireland’s moral failures: the treatment of Jewish refugees from Nazi persecution in the 1930s and 1940s. It won a creative excellence award at the 1998 US International Film and Television Festival. The same month No more Blooms was broadcast, Lentin and his wife Ronit unsuccessfully lobbied Aosdána to reconsider awarding membership to Francis Stuart (qv), citing his support for Nazi Germany and anti-Semitic activities during the second world war.

Lentin returned to drama in 1998, directing the four-part series Tales from the poorhouse/Scéalta ó theach na mbocht written by Eugene McCabe. An audacious undertaking, this first Teilifís na Gaeilge and RTÉ bilingual co-production was shot twice: first in Irish, then in English. Irish Times reviewer Mic Moroney described it as ‘a disturbing and typically forthright excavation … of the almost unthinkable human realities of the Great Famine’ (3 Oct. 1998).

In April 1999 the nation was rocked by the broadcast of Mary Raftery’s (qv) three-part documentary States of fear, in which she exposed the Irish government’s complicity in the shocking abuse suffered by children in reformatory and industrial schools run by religious orders between the 1930s and 1970s. Building on the legacy of Lentin’s earlier Dear daughter (1996), this new series engendered an overwhelming public disgust at both the government and catholic church for abuses perpetrated with seeming impunity in their institutions. Lentin made a further contribution to exposing the horrors experienced by children in the care of the church and state with his three-part series Stolen lives, first broadcast on TV3 in October 1999. Lentin and Raftery’s television programmes are credited with enlightening and enraging the Irish public about the terrible crimes against children in religious-run, state-funded institutions and contributing to the establishment of the Ryan and Murphy Commissions into their abuse.

His last documentary, Grandpa, speak to me in Russian (2007) tells the story of his paternal grandfather Solomon Kalman Lentin (1876–1959) who migrated to Ireland from Lithuania in the 1890s as an unaccompanied minor. It also tells of Louis Lentin’s own sense of displacement and his search for identity as the descendant of Lithuanian Jews, growing up in Limerick and Dublin, and the tension of being both Irish and Jewish. Together with his son, Miki, Lentin travelled to Lithuania to connect with his heritage and tell of the hardship experienced by its long-gone Jewish communities.

Lentin was writing a memoir ‘Dream on’ when he died. In recognition of his enormous contribution to the arts in Ireland he was honoured with membership of Aosdána in 2006.