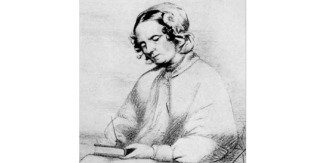 Nicholson, Asenath (1792–1855), traveller and social reformer, was born 24 February 1792, youngest child and only daughter among three children of Michael Hatch (c.1747–1830), farmer, and his wife, Martha (maiden name unknown; 1745–1837), in Chelsea, Vermont, USA. Educated at her local school in Chelsea, she then worked as a schoolteacher in her hometown from the age of 16. She suffered from ill health and, on the advice of a physician, undertook a change of lifestyle which included a move to New York City. While in New York, she became involved with the dietary philosophies of Sylvester Graham, a New England temperance advocate. After hearing a series of his lectures in June 1831, she left teaching to operate a series of boarding houses, run along the Grahamite principles of vegetarianism and temperance, and sympathy for the abolitionist movement. She also worked with the Irish poor of New York City, particularly during a cholera epidemic in 1832.

By 1844 she decided that she had a calling to work among the Irish and to bring the Bible to the Irish poor. She went to Ireland and from June 1844 to July 1845 travelled mainly by foot but also by boat, jaunting car, and ass-cart. She wanted to witness first-hand the suffering endured by the Irish peasantry during the famine and so stayed with them in their homes. While there, she also distributed both English- and Irish-language bibles for the Hibernian Bible Society. She returned to Ireland in 1847 as the field agent of the New York Irish Relief Society to observe the effects of the famine on the Irish people, again travelling by various modes, but mainly by car and foot. She spent some time in Cork, where she befriended the temperance worker, Fr Theobald Mathew (qv).

Although from a congregationalist background, she never affiliated herself with any particular denomination. Initially she was regarded with suspicion by catholics, who disliked her Bible mission, and by protestant missionaries, who were wary of her tolerant, democratic views. However, she worked closely with quaker relief agencies and the Presentation nuns. Her work with the Irish poor included aiding them in cooking the unfamiliar relief-supplied flint cornmeal. She showed them how to cook it in a more appetising manner, as many of them could not follow, or even read, the recipes provided for its usage. Her two accounts of her travels, Ireland's welcome to the stranger; or, An excursion through Ireland in 1844 and 1845, for the purpose of investigating the condition of the poor (1847) and Lights and shades of Ireland in three parts (1850), highlighted the plight of the Irish poor. The latter even recorded how she had witnessed starving people attempting to eat dogs, a fact later reported in the Freeman's Journal in February 1848 (Hatton, 136). She left Ireland in September 1848, returned to the USA in 1852, and lived the remainder of her years in relative obscurity. She died 15 May 1855 in Jersey City, New Jersey, from typhoid fever.