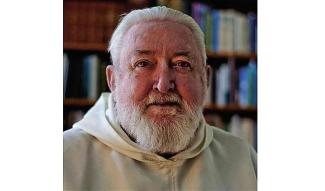 O’Connor, Jerome Murphy- (1935–2013), priest and biblical scholar, was born James Murphy-O’Connor in Cork city on 10 April 1935, the eldest son of Kerry Murphy-O’Connor, a wine merchant, and his wife Mary (née McCrohan). He had a sister and two brothers. His was a clerical family: two uncles were priests in the Cork diocese, and his brother, Kerry, also followed that vocation. Cardinal Cormac Murphy-O’Connor (1932–2017), archbishop of Westminster (2000–09), was his first cousin; when Cormac became archbishop it was noted that he had nine living clerical relatives.

James was educated at Christian Brothers’ College, Cork, and at Castleknock College, Dublin, before entering the Irish province of the Dominican Order in 1953 and being professed on 15 September 1954. He took Jerome as his name in religion, an early indication of his biblical interests: St Jerome, c. 345–420, produced the standard Latin translation of the Bible. After his novitiate, he studied at the Priory Institute in Tallaght and the University of Freiburg in Switzerland, where his supervisor was the renowned biblical scholar Ceslas Spicq (1901–92), OP. Ordained priest on 10 July 1960, he was awarded a doctorate in sacred theology (summa cum laude) from Freiburg in 1962 for a dissertation on St Paul and preaching, completed in one year and published in 1964 by the leading Catholic New York publisher Sheed & Ward. He then studied in Jerusalem before spending two years of research at Heidelberg and Tubingen dealing with the relationship between Paul and the Dead Sea scrolls, drawn on in his editing of academic articles on Paul and Qumran: studies in New Testament exegesis (1968). In 1967 he was appointed the first non-French professor of the École Biblique in Jerusalem, founded by French Dominicans in 1890. Co-author of a revised New Catholic commentary on Holy Scripture (1968), he was appointed New Testament professor in 1972. In 1990 he published The École Biblique and the New Testament: a century of scholarship to which was added a chapter by Justin Taylor on Murphy-O’Connor’s own place in the École’s history and a bibliography of his writings.

Murphy-O’Connor’s religious and academic formation coincided with a new epoch for catholic biblical scholarship, as the severe restrictions imposed by the Biblical Commission under Pius X (r.1903–14) were relaxed. This began in 1943 with a document issued by Pius XII (r.1939–58) legitimising the application of textual criticism, source criticism and historical-critical methods to scripture studies, just as the discovery of the Dead Sea scrolls (1946–56) shed new light on the Jewish context of the New Testament. In the years that followed the nouvelle theologie movement that came to the fore at the Second Vatican Council (1962–5) emphasised scriptural narrative and contexts, reacting against rationalistic neo-Thomism, which saw scripture mainly as a source of proof-texts. Murphy-O’Connor exulted in these developments and took advantage of them to speculate on the New Testament to an extent alarming to conservatives but seen by his numerous admirers as bringing the text alive. (However, some liberal scholars saw his views on the authenticity of individual sites and texts such as 1 Timothy as conservative.)

His major research areas were on Paul and the topography of the Holy Land, and during his career he produced more than twenty books and some 150 scholarly articles. These included commentaries on Colossians (1968), 1 Corinthians (1979) and 2 Corinthians (1991) as well as Paul the letter-writer (1995) and Paul: a critical life (1997). His interest in topography reflected both an increasing tendency for scholars of the ancient world to draw on archaeology to supplement sparse and fragmentary documentation, and the longstanding tradition of Christian devotion to the scenes of Jesus’s ministry. While Murphy-O’Connor regarded the latter with scholarly scepticism, he also participated in it: his annual Christmas night-walking pilgrimages from Jerusalem to Bethlehem, beginning with midnight Mass in Jerusalem and culminating in dawn Mass at the Church of the Nativity, were famous.

Murphy-O’Connor’s The Holy Land: an archaeological guide from the earliest times to 1700 (1980) drew on journeys with his ‘Sunday club’ of friends and scholars whom he took on walking tours of biblical sites (members subscribed by buying their guide a gin and tonic). The guide went through multiple revised editions and translations and became the standard work on the subject, praised for its accessibility to the serious visitor, its depth of literary and archaeological knowledge, its attention to the everyday lives of the different peoples who had inhabited the territory, and its focus on what was actually visible at the sites. Here as elsewhere Murphy-O’Connor liked to point out that ‘traditional’ identifications of many Biblical sites were apocryphal, with Greco-Byzantine identifications intended to draw pilgrim traffic, and Latin Crusaders and later visitors producing alternative identifications on little evidence. (He insisted, however, that the authenticity of the sites of the Church of the Holy Sepulchre in Jerusalem and the Church of the Nativity in Bethlehem was well-attested by pre-Constantinian evidence). His 1987 radio commentary with the RTÉ broadcaster Donnchadh Ó Dúlaing (1933–2021) as he walked the traditional Via Dolorosa route on which Jesus was said to have carried his cross from Pilate’s headquarters to Calvary left a deep impression on many listeners. In 1981, however, he made newspaper headlines by pointing out that the traditional route was a hypothetical construct from the fifteenth century and excavations had shown that Pilate’s headquarters was on the other side of the city, while adding ‘What is consecrated by piety and effort still has religious value’ (Belfast Telegraph, 21 Apr. 1981).

Given the limitations of the evidence, any scholar of the ancient world must rely on conjecture extrapolated from knowledge of the wider context (such as Murphy-O’Connor’s suggestions that Joseph and Mary were natives of Bethlehem, and that Paul was a widower). Albert Schweitzer (1875–1965) famously analysed how successive attempts to get behind the texts to reconstruct the ‘historical Jesus’ reflected their authors’ own concerns. Murphy-O’Connor’s What is religious life? A critical appraisal (1979), based on a 1972 retreat given to American Dominican nuns and originally published in 1974 in a supplement to the Irish Dominican theology journal Doctrine and Life, suggests that the hermeneutic through which he approached scriptural texts reflected his own reaction against pre-Vatican II religious life and spirituality as authoritarian and legalistic. Denouncing the idea that religious life should be seen as ‘a state of perfection’, he argued that this leads to facile assumptions that the taking of religious vows guarantees perfection and fails to explain why it is possible to be a member of a religious community for decades while remaining a thoroughly unpleasant person. He also rejected the idea that the purpose of a religious order is to perform works of charity (which can equally well be undertaken by laypeople), engage in contemplative prayer, or work together on shared tasks; instead, he claims, its function is to bear witness as an exemplary Christian community. He considered his communitarian interpretation of religious life as so fundamental that candidates who did not share it should never be admitted to any religious congregation.

His views on religious life were reflected in his assertions that both Jesus and Paul were ‘radical antinomians’ (i.e., opposed to external laws), that Jesus never told his disciples that he was God but allowed them to deduce it from his behaviour, that Paul regarded Jesus as the Jewish Messiah but not as divine, and that Paul’s letters should be read as addressed to specific congregations offering advice on particular circumstances rather than universal statements of principle. His view of Paul as trying to balance conservative ‘Judaizers’ clinging to the Law of Moses and elitist ‘spirit people’ downplaying the specificity of the Incarnation and the sensitivities of the vulgar may reflect post-Vatican II liberal–conservative divisions. Murphy-O’Connor also believed that Jesus’s divine nature was inaccessible to human reason and study must therefore concentrate on his humanity, and that the human Jesus only gradually realised his own vocation; this allowed him to dismiss certain of Jesus’s statements and actions as reflecting initial rigid adherence to the Law of Moses before this realisation took place. For example, he explained away Jesus’s prohibition on divorce in this manner, while also arguing that Paul’s laying down an exception to this prohibition showed that even an explicit statement by Jesus could be set aside when pastorally advisable. Murphy-O’Connor supported legal divorce, believing that the catholic church should not impose its own views on civil law, and declared himself horrified at the defeat of the 1986 referendum to amend the Irish constitution to allow divorce.

He revisited Ireland annually to spend his summer holidays at a family residence in Baltimore, Co. Cork, and to give lectures to church organisations, parish groups and religious orders. A regular contributor to RTÉ radio programmes, he supported liberation theology and feminism (in which he thought Irish nuns far behind their American sisters) and advocated the ordination of women and married men to the priesthood. He complained that Irish catholicism was marked by ‘blind faith’ and wondered why its adherents ‘go to Mass with those bad sermons I cannot imagine. I think I would be a pagan if I had to put up with it’ (Cork Examiner, 15 Dec. 1988).

Murphy-O’Connor saw the wide range of foreign visitors to Jerusalem as one of the city’s most stimulating characteristics and was a regular contact for Irish journalists and visitors. He was interviewed at times of crisis such as the 1991 Gulf War (when Iraq fired missiles at Israel) and in connection with stories such as the alleged discovery of an ossuary containing the bones of relatives of Jesus (he was sceptical). In 1999 he showed Taoiseach Bertie Ahern around the holy sites. He was a regular contributor to the Dominican journal Doctrine and Life, sending the editor an annual email at Christmas detailing his activities, plans and hopes; he also wrote for other religious and academic publications. Throughout his career he gave many newspaper and television interviews, dealing with the history of the Holy Land and with his own (often iconoclastic) views on its pilgrimage sites, and he also appeared in several television and radio documentaries. He had an impressive physical presence, standing 6ft 4in tall; the journalist Vincent Browne noted his ‘flowing beard, mischievous hands and expressive eyes’ (Irish Times, 13 Jan. 2001).

In 2002 he was conferred with an honorary D.Litt. from the NUI at UCC. He held numerous visiting professorships at institutions including the University of Notre Dame, Milltown Institute of Theology (Dublin), and Newman Theological College (Edmonton, Canada) and lectured annually (2006–09) at Christ the King Church, Turner’s Cross, Cork city, where his brother was parish priest. However, he always insisted that he regarded Jerusalem as home. He continued to study and write until the end of his life, producing a 2008 study of St Paul’s Ephesus to match a 2002 work on Corinth, despite a serious illness which latterly required him to use bottled oxygen. He died in Jerusalem on 11 November 2013 and was buried in the tombs under the garden of the École Biblique.