Ireland's banned authors in the DIB 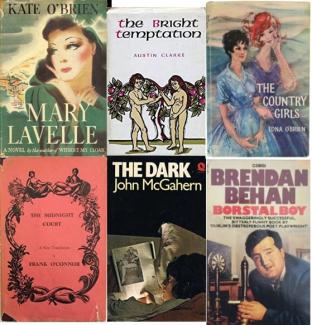 To mark Bloomsday (16 June), the annual commemoration of James Joyce’s Ulysses, we consider the lives of some of the country’s most beloved pariahs: its banned authors.

Liz Evers joined the Dictionary of Irish Biography (DIB) project in 2018 and researches and writes DIB entries, primarily on contemporary figures. She is also the project's copy editor. Liz has worked in the publishing industry in the UK and Ireland for many years, and is the author of a number of popular reference books. She is co-editor of Irish lives in America (RIA, 2021), a collection of fifty biographies of Irish emigrants to the US, with Niav Gallagher.